Waking up two weeks into my Bali trip, I made the mistake of checking my bank account. I balked (and cried a little in panic), then hastily fled Indonesia; making a premature exit from paradise in order to return to Darwin, and work.

I took with me high hopes and many dreams of abundant job opportunities and possible employers offering work left, right and centre. Unfortunately, every single backpacker in Australia had the same plan. In much the same way people chased the American dream in the 1920s, (Great Gatsby style) we all rushed to Darwin to seek our fortune…

Once there, everyone was struggling to find the gold at the end of the rainbow.

Having had a late wet season, the bountiful farm work usually available, was not; and as the dry season was currently still too hot, the tourists hadn’t arrived yet, meaning the tourism and hospitality industries were also off to a slow start. Naturally, this presented a kunundrum. Hundreds of backpackers were competing for jobs that weren’t really there. So, trapped in our hostels, everyone was glued to their computers and phones praying for that phone call or email, telling them they had work: “Just two hours a week. Anything. Please! I beeeggg youuu…” . Saying this however, no one was in low spirits, in fact I’d say that everyone was pretty positive.  Either that or they went out every night in order to drown their sorrows.

No low was too low, no one’s dignity and pride too high. In a week I became a practiced liar and bluffer, although I couldn’t quite pass myself off as a rodeo girl… I think they would have discovered all too quickly I can’t ride a horse and the way the guy only wanted a female stablehand seemed a little suspicious. (When I said we’d take any job, I didn’t mean any job.) I even started to call people just for the fun of it. One of my favourites was this Territorian:

Me (super friendly and politely): “Hi! I’ve seen you’re advertising for a Deckhand on your boat, and I was ringing for more information about the position?
Broad Northern Territory bloke: “Ahrm. Yieya. Roiiiiitttt… Are ya apploiyin fa yaself or samwan else?”
Me (Here we go.): “Myself.” (Obviously.)
Him: “Ahrm. Yieya. Oiv ahnly got moy woif anbawd and she dawnt loiyk ather femiles on tha boawt. Yieyaaa It’s hard wurk ya knawo, and wiyr lookin fa samwan who kin handl it…”
Me (getting less polite): Right. So even though I have experience that involves physical work and it’s something I’d love to do, you’re unwilling to employ me because I’m female.
Him: “Yieya… Oi…:
Me (miffed*): So. You don’t even know if I’m a professional deckhand, you’re just writing me off straight away because I’m a woman. Cool. NO worries.

*severely pissed off. Politeness has flown out the window on the back of a male fairy by this point. See, no gender stereotypes here!

And so on. I could embellish the dialogue more to demonstrate what I was truly thinking, but being British, I kept the fact I thought him a sexist, misogynistic, backward bastard to myself. I didn’t even want the job;  it’s the principal of the matter. I found out a few days later that a tall, blonde and slim Swedish girl went down to the port to apply for a similar job and she was greeted with open arms… I hope she’s okay.

After a few days of this and slowly increasing madness, a few dollars to my name, long periods of lying on the floor of the hostel room hysterical and a continued diet of oats, bananas, tuna and beans (the road trip diet seems to never die): I found work. I really was starting to think that it was me that was the problem. As is the way of the world, three job offers came in one day. I worked the V8 super cars on the bar for a weekend, which was… mad (but fun). My fingers started bleeding from opening so many tinnies (note my use of the local lingo); Aussie’s can really drink their beer.

I learnt a lot in Darwin. I can live off a couple of dollars today. I can go on dates, even if they are terrible. (On paper Mr Australian-Brazilian fireman you were great, in reality… just… no.) I can get myself work. Which means I’m definitely a ‘strong, independent young woman.’ I can still make friends. This is good to know. I can get bored with the heat, I never thought I’d say it, but my Lord I feel like a ginger raisin. Most of all, things continuously end up turning out all right, no matter how bleak it seems to be at the time, and I am genuinely starting to believe it. What would my Dad say?

Right, I’m off to Melbourne. It’s 30 degrees colder and on the opposite side of the country, but I’m excited; and us Northerners are used to the cold anyway… 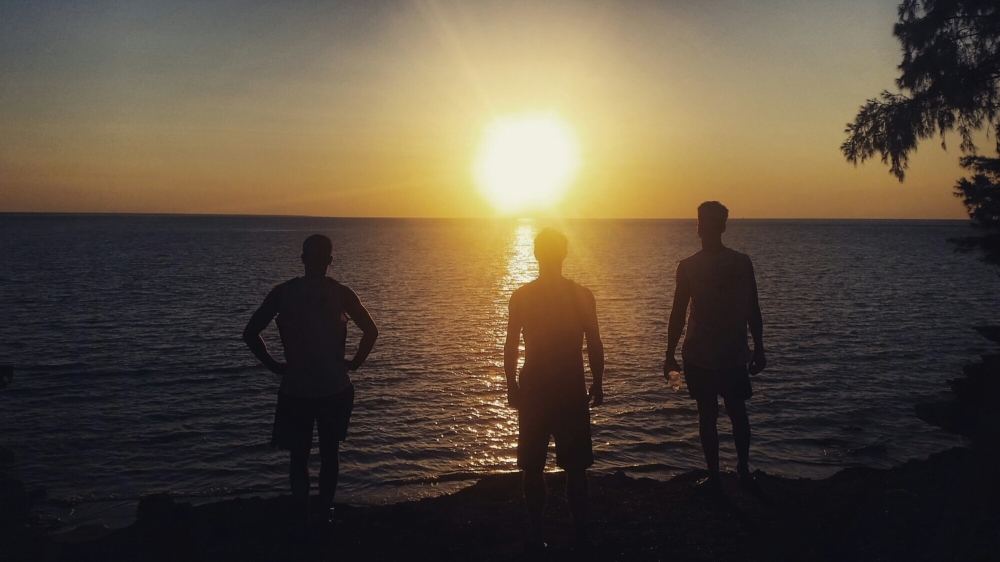